BBQ – BASIC BOURBON QUESTION #1 -- Where Does Bourbon Come From?

Since I've stumbled my way into the “whiskey guy” role at 3030 (the fantastic new bar at 3030 Dundas West, in the once-dry Junction neighborhood of Toronto), I get a lot of people asking questions about bourbon – as they should! There's a lot of romanticism and myth-making in whisk(e)y marketing. Each country is basically its own brand, and each distillery also aggressively defends its own processes. It makes for some good storytelling, but it can be pretty confusing. I've heard reps for various companies tell me that all American whiskey is 100% corn (false), that all Scotch whiskey is smokey single malt (false), and that all bourbon must be made in Bourbon County, Kentucky (false). It's annoying for a generally laconic dude like me, since I don't want to be "that guy." Y'know who he is-- the one who plays gotcha when he stumps his bartender with a rare drink order; the guy who turns his nose up and bobs his head side to side when he gets to look like a know-it-all.

So, in the hopes of saving myself some effort, I am putting some answers to common questions up here on the blog. That way, if you have been referred to here from my work, you can get a more in-depth answer than I could likely give you at the bar.

Note that a lot of my information comes from a bunch of old books I have lying around, including some by fanastic bourbon writers like Chuck Cowdery, Mark Waymack and Jim Harris, Gary Regan, and

DOES ALL BOURBON HAVE TO COME FROM KENTUCKY? 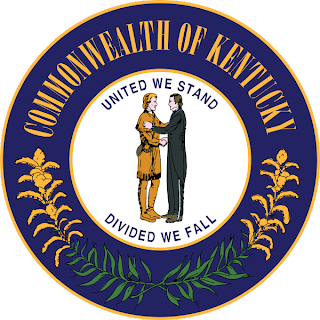 Long story short, no. "Bourbon" currently has a very specific meaning, but only for the last fifty years or so. Prior to that, it was a term referring to a style of corn-based whiskey made in the United States. Back before Prohibition gutted the American whiskey industry, there were distilleries all across the United States, but they primarily were located in Kentucky, Tennessee, Pennsylvania, Maryland, Virginia, and Indiana. (Basically, the central-east part of the US -- the early "frontier" states with easy access to the Ohio River/Mississippi River transportation system.) Way back in the day, the type of whiskey was based on the common cash crops -- Pennsylvania and Maryland were known for their American rye whiskey (considerably different than the modern Canadian style; I'll talk about it in the future), while the other states had a large amount of corn and were known for a whiskey made with a corn-dominated mixture of grains.

For a decent amount of time, anyone could call their whiskey bourbon, but a series of laws began to specify the meaning of the term. In 1897, the Secretary of Treasury, John Carslile, teamed up with Col. Edmund H. Taylor to sponsor the Bottled in Bond Act, which defined Bottled in Bond whiskeys as being "at proof" (100 proof, or 50% alcohol), and contained only distilled grains, distilled during one season (there are really only two distilling seasons a year) at a single location. Previously, unscrupulous distillers would add neutral grain spirits, colouring, mix young whiskey with old, and add all sorts of non-whiskey elements (sugar, turpentine, other gross stuff) to give it bite and touch it up. Bottled in Bond was a sign of quality, a measure of safety, and a great marketing tool.

Then, in 1964, Congress passed a resolution declaring Bourbon to be the official spirit of the United States and a "distinctive product" of the United States, much like how Scotch whisky is made only in Scotland, Irish Whiskey is made only in Ireland, Canadian in Canada, and so on. Most of the international community has recognized this in some way or another, though not all the same rules and regulations are enforced.

Back in December of 1969, the United States Federal Government passed a law defining how spirits are delineated. Basically, bourbon must be made in the United States, must be aged in new wood barrels, must be a grain mix in the initial "mash" with at least 51% of the grains being corn, and it has some restrictions on the proof of the whiskey (distill it to too high a proof initially, and you end up with a flavorless neutral grain spirit, like most vodkas). So, there's nothing saying bourbon must be made in Bourbon County, or even Kentucky specifically. Funnily enough, it also means that Jack Daniels is technically a bourbon, though they prefer to use their own clever sub-definition of Tennessee Whiskey). LDI, a mysterious distillery in Indiana, produces a ton of bourbon which is bottled and sold by various other companies (see my previous post on Jefferson's Bourbon for more provenance discussion).

In fact, there are no distilleries in Bourbon County; there haven't been any in years -- if you want to visit one, you're much better off going to Nelson, Bullit, Jefferson, Frankfort, Anderson, or Woodford County. And I've had a few bourbons made in various other places -- most notably a young-but-promising prototype from Garrison Brothers in Texas, and the overpriced but interesting Hudson Baby Bourbon from New York.